Theme of the month with selected museum object 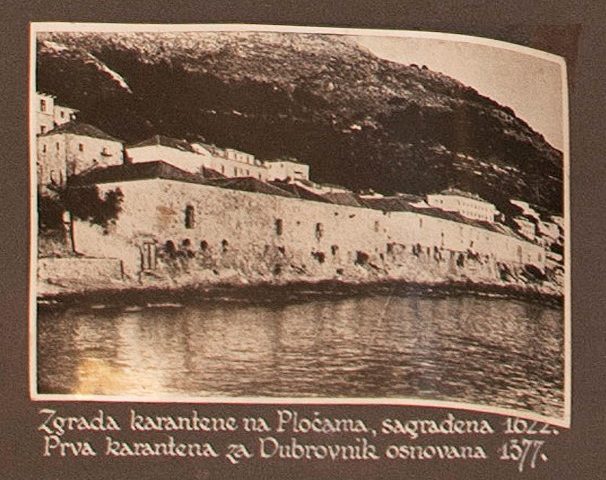 Theme of the month with selected museum object

At present, during the pandemics of COVID-19 disease caused by coronavirus, the most current topics are those related to the prevention of the spread of infectious diseases.
Here is described how the public health was organized in old Dubrovnik Republic.

Dubrovnik health care in the Middle Ages and the Renaissance
Croatian medieval cities had an organized and legally regulated medical, pharmacy and surgical service. For example, in the Golden Charter of Bela IV. from 1242, one provision speaks of public safety in terms of health: If someone wounds another with a knife, sword, spear or arrow or in some other similar way, and the wounded is healed without loss of limbs, let him settle the injured party’s doctor… With the usual and strict the prescribed duties were also performed by doctors in court. In Dubrovnik, they were obliged to treat the prince and his family, the archbishop and his family, civil servants, monks, nuns free of charge, and they had to report any injuries. For their service, doctors received 400 ducats, and surgeons 200. The pharmacy in the Franciscan monastery of the Little Brothers in Dubrovnik has been operating continuously since 1317. During epidemics, the city administration provided the necessary money for all medicines that were then given for free. Croatian cities regulate their lives by statutes that contain the first hygiene and communal regulations and the isolation of the sick. On this principle, the isolation of lepers was introduced, which laid the foundation for the first public health isolation measure in the world – quarantine in Dubrovnik in 1377.
The echoes of the renaissance development of medicine did not find particularly fertile ground in Croatia. Slightly more favorable conditions were only in the Republic of Dubrovnik and some coastal towns under Venetian rule. Communal hygiene is being developed in them, and doctors, surgeons and pharmacists are employed in the public and private services. In Dubrovnik, where in 1540 the Domus Christi hospital with its own pharmacy grew into a public hospital with medical staff, the Portuguese physician Amatus Lusitanus, the surgeon Mariano Santo, and occasionally other physicians of foreign origin also worked.
(Text taken from the working material: Scenario of the permanent exhibition of the Croatian Museum of Medicine and Pharmacy, Zagreb, 2019)

Liječnički vjesnik: all about the COVID-19 pandemics