Photomonography A VISUAL MEMORY OF THE PROFESSION 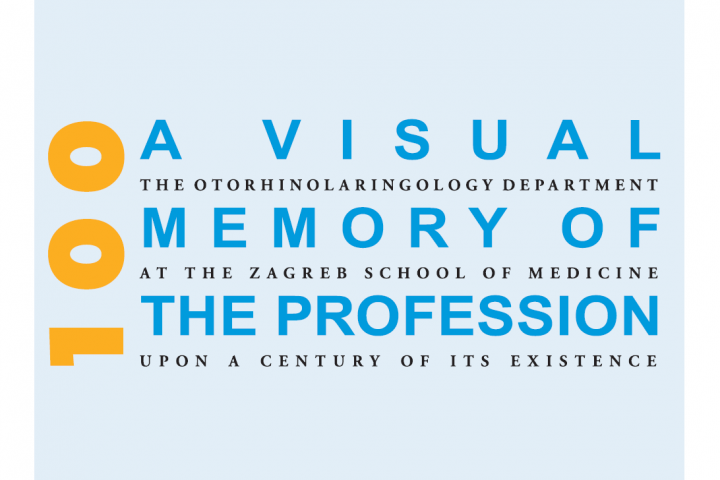 Photomonography A VISUAL MEMORY OF THE PROFESSION

Presentation of the photomonography of Stella Fatović-Ferenčić and Drago Prgomet: A VISUAL MEMORY OF THE PROFESSION – The Otorhinolaryngology Department at the Zagreb School of Medicine upon the century of its existence (1921-2021), published in co-publishing Croatian Academy of Sciences and Arts and the School of Medicine, University of Zagreb, will be held on Monday, October 4, 2021 at 2 pm in the Revival Hall of the Croatian Academy of Sciences and Arts, Opatička 18.

The development of the Otorhinolaryngology Clinic has been presented so far in several ways, but never on the basis of the rich and carefully preserved material heritage of this Clinic. The photomonography, which will be presented to the public on October 4, 2021, presents the visual aspect of otorhinolaryngology, revealing its hundred-year history told by a sequence of preserved photographs. The starting point in the conception of the photomonography were the photographic collections of the Otorhinolaryngology Clinic in Šalata, founded and led by Ante Šercer, which is now in the Croatian Museum of Medicine and Pharmacy HAZU, and photographs stored at the Department for Ear, Nose and Throat Diseases and Head and Neck Surgery of the University Hospital Center Zagreb, preserved thanks to prominent heads of this profession from Dragutin Mašek, Ante Šercer, Branimir Gušić, Zvonimir Krajina and others until today, when the head of this Department is the tenth head Drago Prgomet. The content of this monograph brings a visualization of the locations where the Clinic was located: in Draškovićeva Street, then in Šalata and finally at the current location in KBC Rebro in Kišpatićeva Street, photos of wards, patient rooms, operating theaters. The book is designed as a photographic scrapbook that brings in one place the visual aspect of the entire development path of the ENT clinic, thus building on previous monuments of the historiographical type. This is the first photomonography of a clinic of the School of Medicine in Zagreb, and it is published on the occasion of the 100th anniversary of the founding of the Department for Ear, Throat and Nose Diseases and Head and Neck Surgery.