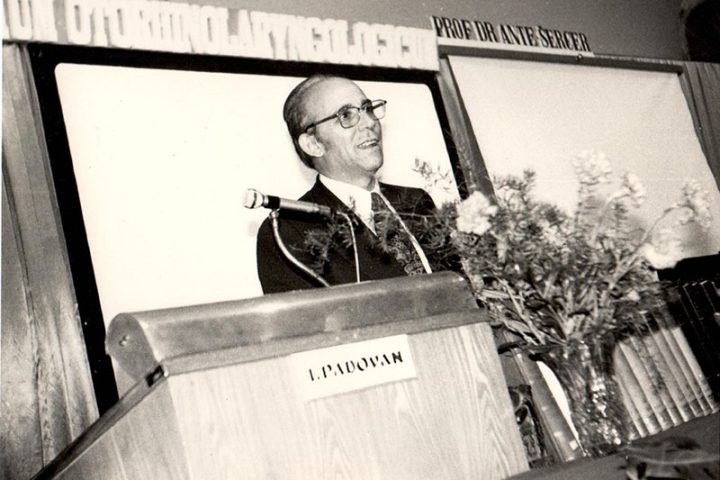 Ivo Padovan (1922 – 2010) studied medicine at the School of Medicine in Zagreb, where he specialized in otorhinolaryngology in 1950. Since 1952 he worked at the ORL Department of General Hospital “Dr. Mladen Stojanović ” (now as KBC ” Sestre milosrdnice “) and from 1966 to 1988 he was the head of the ORL Clinic of the School of Medicine at that hospital. He studied at numerous clinics in France, Germany, Austria, Switzerland, the United Kingdom, the United States, Canada and Russia. He was one of the founders of clinical audiometry, dealing with diagnosis and therapy of malignant tumors and plastic-reconstructive surgery. He started a pilot project after which in 1966 the the League for Combating Cancer was founded in Croatia. He is one of the founders of the Central Institute for Tumors and Similar Illnesses opened in 1968 in Zagreb. After the projects he was working on, the AUDIOSTROB-PADOVAN has been designed for the diagnostic of the respiratory system and physiology of the voice generator. As an initiator and organizer in solving professional medical and general health problems, Professor Padovan was co-founder of the Institution for Research and Care of Ear and Respiratory organs in 1961 and the first Department of Thalassotherapy and Respiratory Medicine in Crikvenica.