Exhibition Museum Time Machine: The Collection of Folk Medicine as the Core of the Exhibition Display of the First Croatian Museum of Medicine 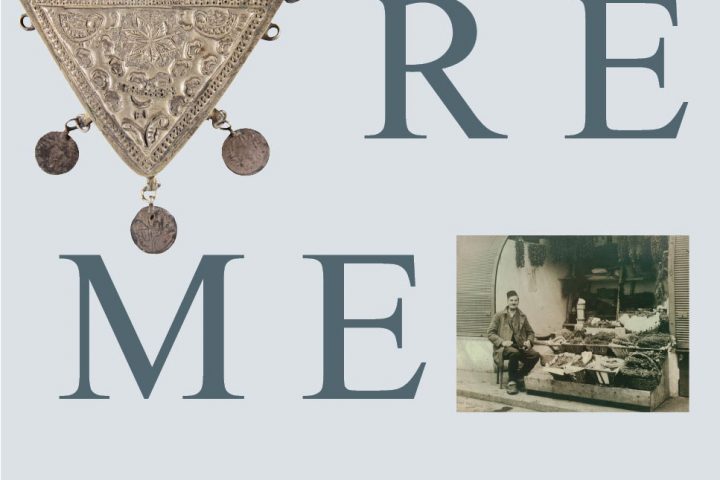 The Strossmayer Gallery of Old Masters of the Croatian Academy of Sciences and Arts, 12th April – 31st August 2017
Zagreb, University of Zagreb, Faculty of Pharmacy and Biochemistry, 6th – 29th September 2017
Exhibition participated in the manifestation European Heritage Days supported by Ministry of Culture of the Republic of Croatia, 29th September 2017

Among several separate thematic collections that are currently in the safekeeping of the Croatian Museum of Medicine and Pharmacy, the Collection of Folk Medicine deserves a special place. It contains 323 items, described in 164 inventory inscriptions. The items have been divided into the following thematic units: blood drawing kits; folk surgical instruments and their descriptions; folk medications of mineral, herbal and animal origins; amulets, apotropeian items and jewellery for protection against diseases and spells; Christian votive items: medallions – protection charms, holy pictures, votives, Christian inscriptions; Muslim inscriptions and inscription boxes; photographs related to folk medicine; folk medicine books; etc. The items originate from the period between the 18th century and the first half of the 20th century, mainly from the continental part of Croatia, and from Bosnia and Herzegovina – mostly from the surrounding areas of Bihać, Banja Luka, Derventa and Tuzla. A special point of interest and worth of the collection lies in the fact that it originates from the first Croatian museum of medicine, and it has thus been possible to accurately reconstruct the process of its coming to be. This fact is primarily owed to the circumstances of its connection with the forming of the Health History Museum of the Croatian Medical Association, as well as to the efforts of two distinguished medical doctors and protagonists of the project – Vladimir Ćepulić and Stanko Sielski.

The Division of the History of Medical Sciences of the Croatian Academy of Sciences and Arts has in its safekeeping the Ćepulić – Sielski correspondence held between the years 1942 and 1943, which reveals the circumstances, the manner and the purpose of collecting items for the Museum, among which are also those that today form the Collection of Folk Medicine of the Croatian Museum of Medicine and Pharmacy. The correspondence between these two medical doctors excellently discloses not only the background of the emergence of the collection, but also the locations where the items have been collected, as well as networks of persons whom Sielski visited, contacted and introduced as associates in this project. After two years of collecting activities carried out in rather difficult wartime circumstances, and following intensive preparations, the Medical Association’s Health History Museum was open on 29 January 1944 and presented to the public. Vladimir Ćepulić held a lecture accompanied by photographs of the exhibited items, and subsequently published in the journal Medical Association Herald. From that period, handwritten or machine-written captions describing individual items have been preserved, while a part of the material has been kept in their original form on framed exhibition boards – or rather a kind of shallow wall showcases with items, drawings or photographs and accompanying captions. The Collection of Folk Medicine of the Croatian Museum of Medicine and Pharmacy of the Croatian Academy of Sciences and Arts is thus relevant for two reasons: as a memory of the efforts of the older generations of Croatian doctors and historians of medicine related to the establishing of the museum of medicine; and as folk medicine heritage collected and kept in a planned manner.

The entire collection and the accompanying archive material have been presented in the exhibition. The documentary and archive material evokes the process of the establishing of the collection, while the exhibition visually follows the display of the first Croatian museum of medicine. The collection catalogue with a comprehensive introductory text was published in the book under the title Folk Medicine: Sources and Research within the series of Academy publications entitled Discussions and Material for the History of Science, volume 17.

The exhibition has been realised thanks to the support of the City Office for Education, Culture and Sports of the City of Zagreb and the Croatian Medical Association.

The exhibition has been mounted to mark the 100th anniversary of the Faculty of Medicine of the University of Zagreb. 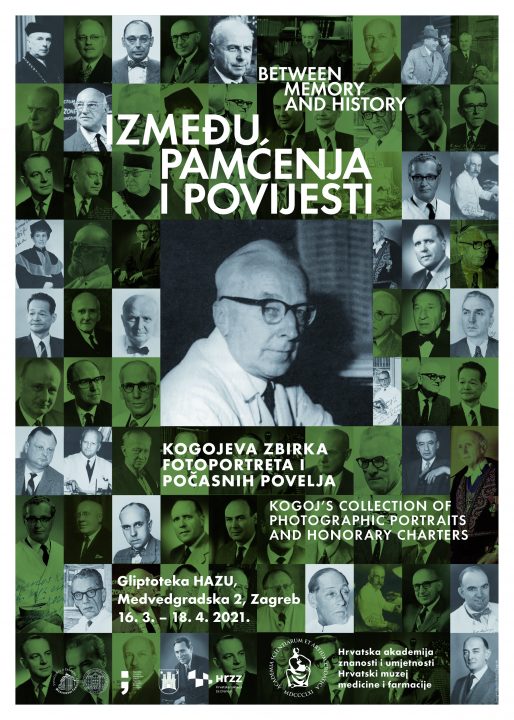