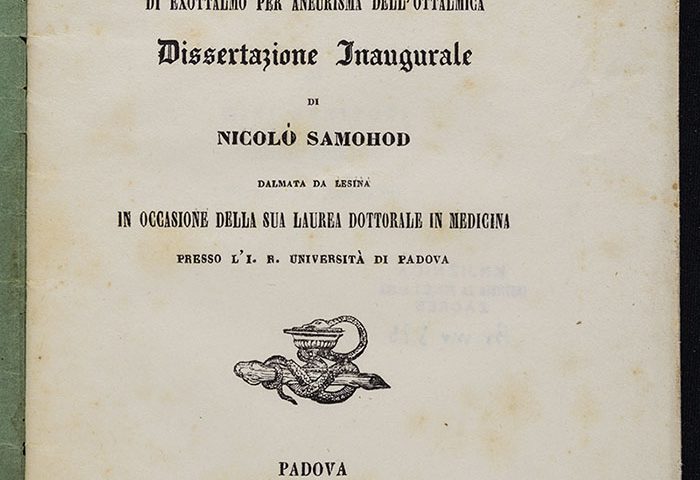 People from Istria and Dalmatia were not allowed to study at any university except from Padua, although this measure was later amended with the possibility of validation of diplomas. In 1681 the Venetian Senate decided that the Dalmatian candidates were exempt from attending lectures as full-time students, but they could apply for obtaining a doctor’s diploma.  In order to receive their doctor’s diploma they had to receive a letter of approval by two recognised physicians, who graded their medical capabilities. Such diplomas from the University of Padua allowed physicians to practice medicine only in Dalmatia, which was stated on their diplomas.

In the 18th and the 19th centuries, when other universities were established, Padua slowly began to lose its academic prestige, although young people from Croatia still studied there. In that time frame the physicians who received their diplomas at Padua were, for instance, the following: Niko Pinelli, who was the first to perform a general anaesthesia surgery at the Dubrovnik hospital in 1847, Nikola Cattani from Split, a private physician and Split city councillor, who owned a spa and promoted the use of Vrlika thermal springs, Antonio Felix Giacich from Rijeka, Lujo Frari, who was for a while a city councillor in Šibenik, Ivan August Kaznačić, later the director of the Dubrovnik hospital, Antonio Bajamonti, a renowned politician and mayor of Split, Dominik Marcocchia, whose dissertation gives a detailed description of the Island of Mljet and the appearance of a hereditary disorder called palmoplantar keratoderma, better known as Meleda disease, Francesco Lanza, who besides being a physician practised archaeology and natural sciences, and was a collector, Ivan Filip Spongia, born in Rovinj, who became the director of the medical department at the University of Padua and taught anatomical pathology, as well as many others.

A diploma issued in April 1854 to Josipa Porto from Rijeka is the first female graduation in Padua from this region. The 1857 inaugural dissertation from Padua which was issued to Niko Samohod, and is preserved at the HAZU Division for the History of Medical Science, deals with the topic of exophthalmos due to traumatic aneurysm. 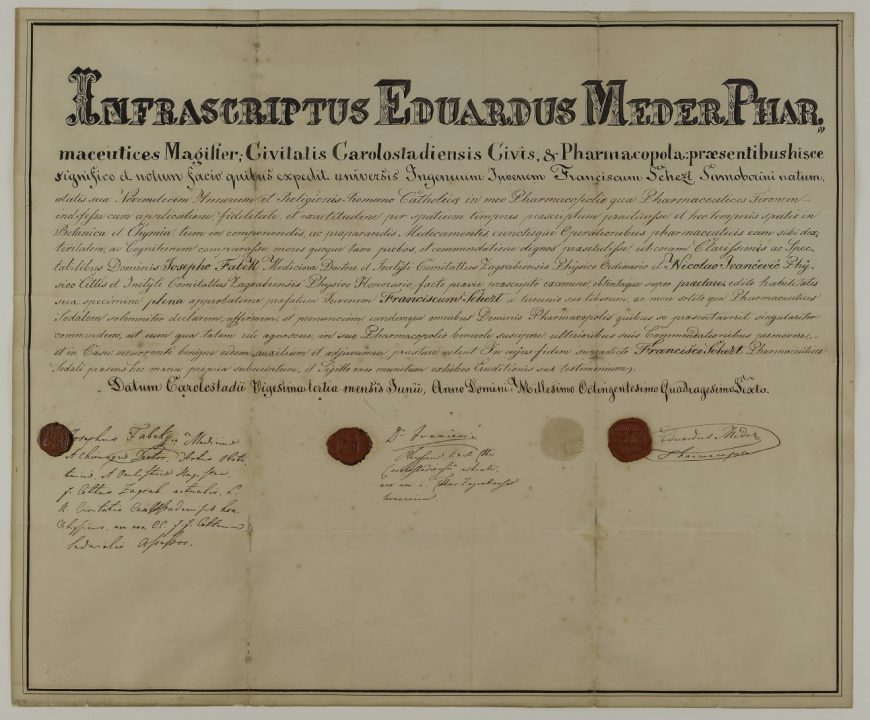