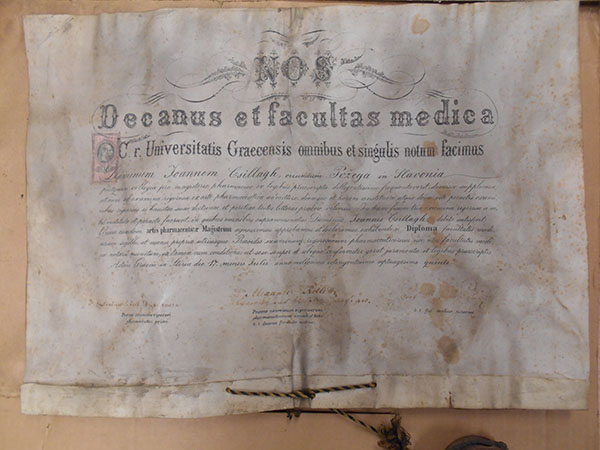 Ivan Csillagh, the owner of a pharmacy in Požega (late 19th and early decades of the 20th century), which remained in the ownership of the family Csillagh (Carolus, Ivan and Vladimir) for nearly 100 years. Mr. ph. Carolus Csillagh moved the pharmacy to his house, baroque corner building placed on the corner of today’s  square Sv. Trojstvo and Županijska street. About the value of the architectural baroque building in which the pharmacy was located tells the inscription in the courtyard, where it is stated that the building was built in 1779. It burned in a fire in 1842 and was repaired and restored by Ivan and Lavoslav Csillagh from 1888 to 1894.

During the renovation of the building, mr. ph. Ivan Csillagh had ordered white neobaroque furniture for the groundfloor of baroque pharmacy, according to the size of the room where it is located.