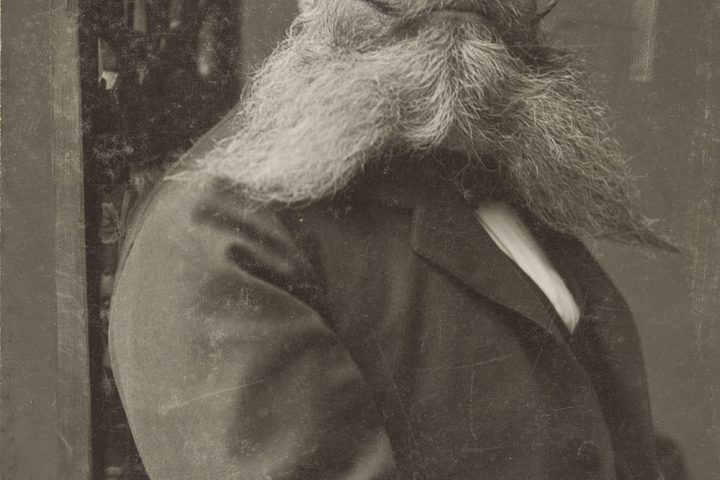 Fran Gundrum-Oriovčanin, a Croatian physician and cultural worker (Oriovac, 9th October 1856 – Križevci, 24th July 1919), worked as a city physicist in Brod on Sava, then in various places in Bulgaria, and since 1894 for the rest of his life as a city physicist and director of the hospital in Križevci and as a docent of hygiene at the Faculty of Economics. He became famous as a health educator and popularizer of medicine, a promoter of hygienic habits and as an adversary against alcoholism and smoking; a fertile medical writer. He was the founder and chairman of the Association of abstainers of Croatia and Slavonija, a travel writer and author, a Bulgarian translator, a numismatist and a collector, the initiator and the bearer of various social activities in Križevci.

This encyclopedist of broad culture and knowledge, educated in Croatia and Vienna, was interested in preserving human health and promoted the culture of healthy life and healthy nature. He has published numerous booklets, manuals and instructions on the health of the sex life, and has, probably, made one of the first studies about prostitution in general. He wrote about teeth care, suppressing skin diseases, addictions. Gundrum’s book Tobacco was awarded at the World Exposition in Paris in 1900.

He was a fierce enemy of tobacco, black coffee, and especially alcohol, which was not a popular opinion in the surroundings where the culture of drinking in cheerful societies was cherished. Dr. Gundrum believed that human life could be extended by exercising, swimming and cycling, so he invented a “swimming machine” on the dry. Gundrum studied rich Croatian history and culture, especially the old town Križevci where he found the source of inspiration. His resting place is in Zagreb Mirogoj.

The 1907’s research on the “oldest craft in the world” was made as a “testimony of harlots”: Everyone will admit that this major peculiar phenomenon in human society  must devote the largest care, if all the questions regarding prostitution are to be studied. It is very important to know the reasons that make innocent girls turn to prostitution, just as important as to know how the greatest devil of humankind, alcohol, has its influence to the expansion of this evil.

Gundrum advocates early sex education of children and youth: It is necessary for a child to know much, for a better understanding of different relationships it’s necessary to start learning young. Children can observe real life views in a parent’s home. I would say that it is not a valid claim that a child should not get acquainted with some relationships, that it should not always hear the truth, but that he should be falsly led with lies, crazy fantasies and the like, when a child wants to find out something from a parent.

Fran Gundrums charter of a member of the founders of the Croatian Academic Society “Zvonimir” in Vienna, Vienna, 4. 7. 1900., inv. no. HMMF-43