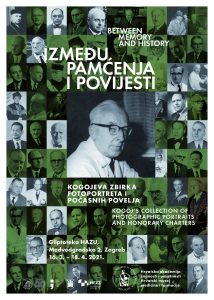 The aim of the exhibition is to inform the public and clearly testify about the role and meaning of the Member of CASA Franjo Kogoj in the development of Croatian dermatovenerology and its affirmation at the international level. The exhibition represents the material from the museum fundus: 48 diplomas and charters that testifies to the professional, scientific and social achievements of Franjo Kogoj; 6 official letters; 55 photographic portraits of highly distinguished world dermatologists and Kogoj’ bust from the fundus of Gliptotheque CASA. Catalog of the exhibition on 140 pages includes professional-scientific texts in Croatian and English with illustrations in colors and complete catalog and photographs of all exhibits from the collections of the Croatian Museum of Medicine and Pharmacy.

Franjo (Fran) Kogoj, Croatian physician (Kranjska Gora, 1894 – Kranjska Gora, 1983), is the founder of contemporary dermatovenerology in Croatia. Finishing the Prague School of Medicine (1920) and specialization of dermatovenerology, he has been habilitated for a private docent in Brno. He also studied in Wrocław, Strasbourg and Paris. In 1926 he was inherited by Šavnik at the Skin and Sex Disease Clinic in Zagreb and since 1927, with interruption during the Second World War, was the head of the Clinic until his retirement in 1965. Thanks to his organization, the Clinic soon became one of the most modern in Europe. He founded the histological and serodynotic laboratory and arranged the Station for experimental animals (1930), Station of dermatological actinotherapy and physical therapy (1931), and is also due to arrange allergology laboratory, ambulance for professional diseases and laboratories for medical biochemistry. Professor of the Zagreb School of Medicine, a scientific leader of the dermatovenerological clinic in Ljubljana, Director of the Institute for Clinical Medical Research in Zagreb (1967 – 1974). At his incentive in 1965, the Allergological Center of YASA was founded in Hvar. He dealt with the study of allergies, leather tuberculosis, keratodermy and the problem of exchemess, introduced a new concept in the treatment of syphilis. Kogoj is one of the founders of scientific dermatovenerology in Croatia and one of the most desirable for the development of allergology and clinical immunology as independent disciplines. His scientific opus covers almost all areas of dermatovenerology. The work was published in many national and international magazines and was also a member of the editorial board in many of them. He was a regular member of the jail (since 1947) and her vice president (1958 – 1972), honorary and corresponding member of several academies and societies, the holder of honorary doctorates of the University of Zagreb, Ljubljana and Graz and the Military Academy in Belgrade. In 1962 he received the award for a lifetime.

Authors of the exhibition: Silvija Brkić Midžić and Stella Fatović-Ferenčić

Digitalization of the photographs: Goran Vržina

Digitalization of the charters and preparatory works: Stanislav Novak, Conservum

The exhibition was set up on the occasion of the 100th anniversary of the founding of the Department of Dermatovenerology, Zagreb School of Medicine, University of Zagreb.

The realization of the exhibition was financially supported by the Ministry of Culture and Media of the Republic of Croatia, by the City Office for Culture of the City of Zagreb and by Croatian Science Foundation. 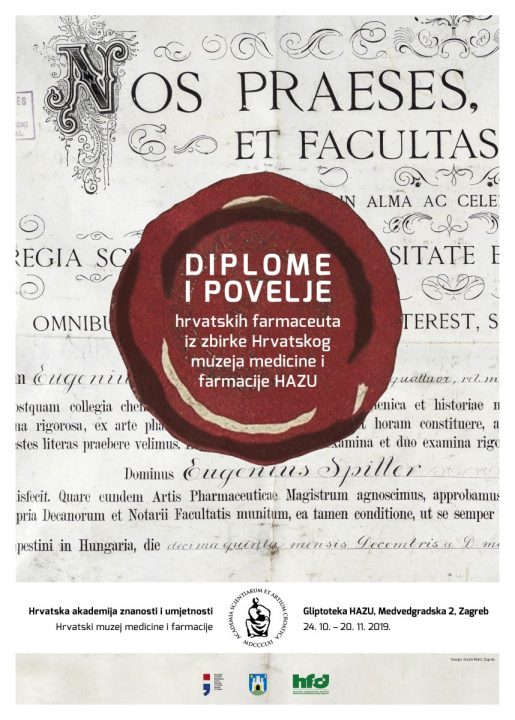