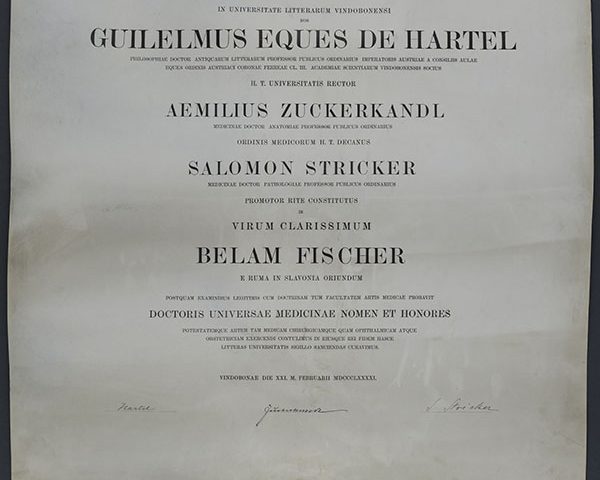 Bela Fischer (Ruma, April 2, 1867 – Zagreb, May 4, 1938) finished high school in Novi Sad and studied medicine in Vienna. After the end of the study on February 21, 1891, he specialized in surgery in Vienna at the then famous physicians Albert and Braun.

After specialization he went to the hospital in Vinkovci and on May 22, 1895 he took over the duty of the primary physician and head of the surgical department in General treasury hospital of the Huttler-Kolhoffer-Monsperger in Osijek. There he has modernized and reorganized the surgery department with outstandingly skilled surgeons Vatroslav Florschütz, Branislav Grčić and Milan Begić, and he laid the foundations of modern surgery in Osijek. Fischer’s surgical activity was versatile.

He was the first to give significant professional contributions to Croatian medical literature. He was retired in 1920, but until 1936 he worked as a private physician. Then he went to Zagreb, where he died in 1938. He was buried in Osijek.